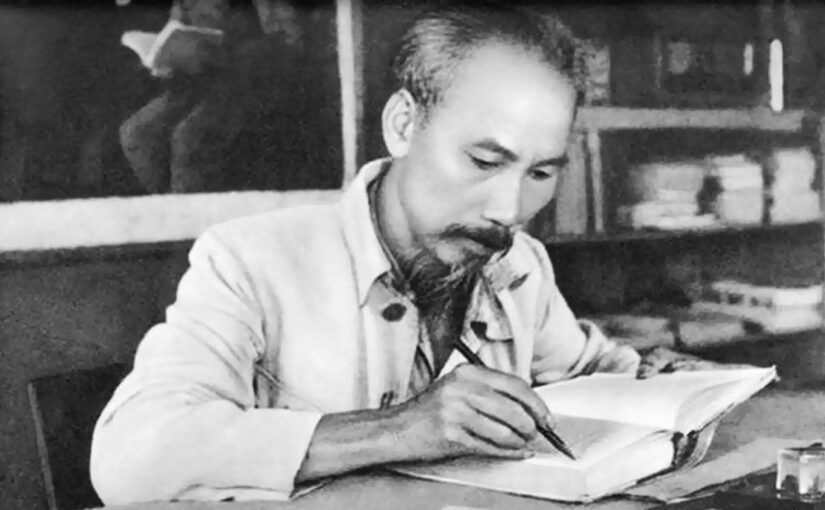 People of Ho Chi Minh’s calibre don’t come around often. One of the great revolutionaries of the twentieth century, he excelled as a leader, a teacher, a journalist, a strategist, an internationalist, a unifier, a guerrilla fighter, a negotiator, a creative thinker, a poet. He endured decades of exile and then decades of war. He suffered prison and torture in China in the early 1940s (by which time he was already in his fifties). As a guerrilla leader and then as the president of the Democratic Republic of Vietnam under attack from French colonialism, he lived with his comrades in the most basic possible conditions in the caves of Cao Bang, often having to forage for food. And yet, his dedication to the causes of Vietnamese independence, Vietnamese unification, and global socialism never faltered. With relentless energy, profound intelligence and undying passion, he led his people through every up and down over the course of half a century.