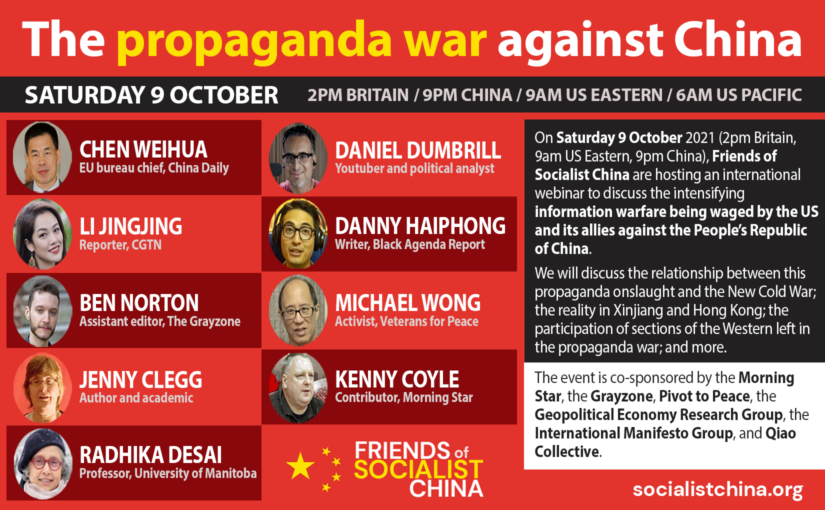 On Saturday 9 October, Friends of Socialist China held a webinar focused on opposing the propaganda warfare being waged by the US and its allies against the People’s Republic of China. The event was co-sponsored by the Morning Star, the Grayzone, Pivot to Peace, the Geopolitical Economy Research Group, the International Manifesto Group, and Qiao Collective. The full webinar (along with individual speech videos) can be watched on YouTube. What follows is an event report by Carlos Martinez.

A condensed version of this article appeared in the Morning Star.

Introducing the event, Radhika Desai (Professor of Political Studies, University of Manitoba, Director, Geopolitical Economy Research Group) pointed out that, on the left, the most fundamental lie about China is that it is not building socialism but rather that it is just another capitalist country, indeed a particularly brutal capitalist country. Once this untruth is accepted, China can be treated as an enemy of progressive humanity – successes can be ignored, weaknesses exaggerated and accusations hurled.

For decades, the West constructively engaged with China at an economic and diplomatic level. But the capitalist powers were suffering under two illusions: first, that the Communist Party of China would transform itself into a social democratic or even a neoliberal party that would lead China towards the type of financialised, neoliberal, unproductive capitalism that prevails in the West; second, that China would remain on the bottom rung of the global economic ladder, providing low-cost manufacturing for goods consumed in the West.

END_OF_DOCUMENT_TOKEN_TO_BE_REPLACED 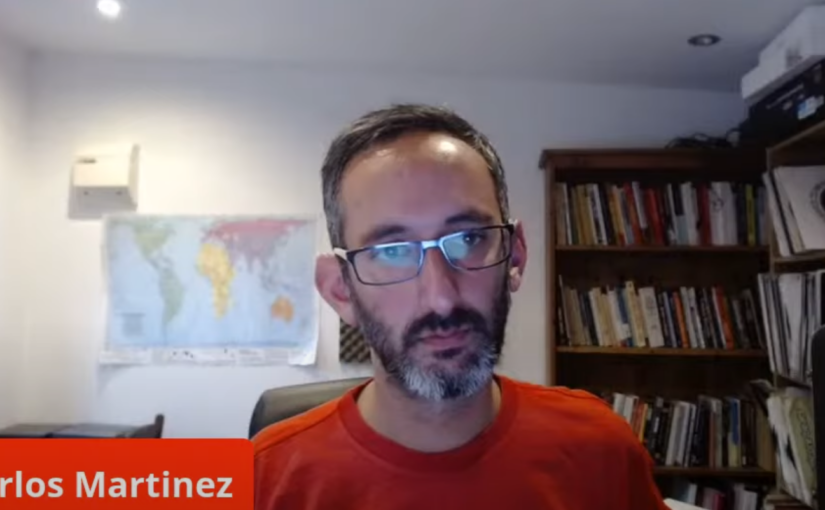