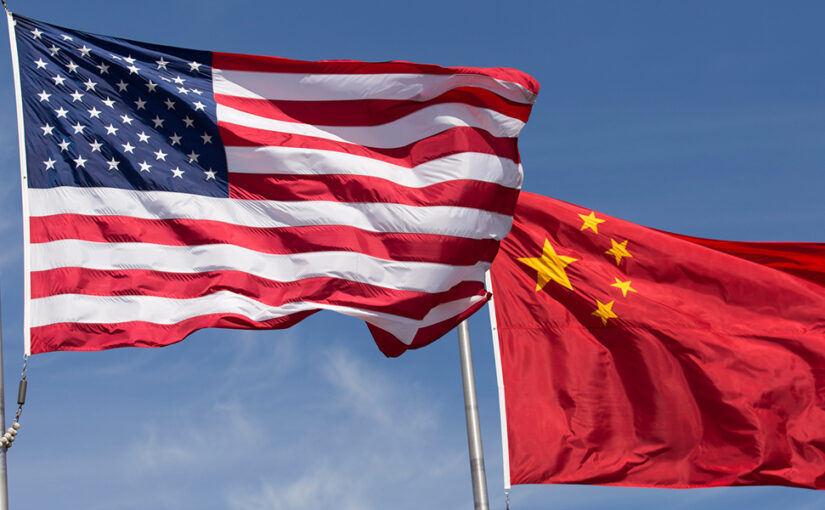 The following article by Carlos Martinez features as a chapter in the forthcoming book Sanctions Kill – The World Stands Up. The article provides a detailed analysis of the sanctions imposed by the US and its allies on the People’s Republic of China and exposes the role they play within the escalating New Cold War.

Sanctions Kill – The World Stands Up will be published by World View Forum in early Spring 2022.

The instinctive attitude of the United States towards the Chinese Revolution was of course one of hostility. In a protracted war between progress and reaction, between the future and the past, the governments of the US and the People’s Republic of China were, and are, are on opposite sides of the barricades. Hence shortly after the formation of the PRC in 1949, the US maintained a strict embargo on China.

With the move towards rapprochement in the early 1970s and a tacit agreement to ‘peacefully coexist’, the embargo was finally removed. Then with China’s strategic shift to integrate into the global economy, the trickle of trade and investment gradually expanded into one of the largest and most important economic relationships in the world, with bilateral trade volume currently standing at just over half a trillion dollars annually. Thousands of US businesses have generated enormous profits from their investments in China and (particularly in recent years) from selling to a vast and growing Chinese market.

Ruling classes in the West were, to a considerable extent, comfortable with incorporating China into globalised capitalism, to the extent that China’s role was limited to providing cheap, competent and well-educated labour. However, it was never the intention of the Chinese leadership to remain permanently at the lowest rung of the global economic ladder. China has pursued a patient strategy of welcoming foreign investment, setting up joint enterprises with Western companies, learning the latest technologies and management techniques, and building up its own advanced industry. Meanwhile it has invested very heavily in education and innovation. China’s R&D spending reached 378 billion USD in 2020 – 2.4 percent of its GDP and nearly three times the figure for the US.

As a result, China is on its way to becoming “a moderately developed socialist country by the middle of the 21st century”, as Deng Xiaoping predicted some 35 years ago.1 China has become a world leader in network technology, in renewable energy, nuclear energy, high-speed rail, artificial intelligence, nanotechnology, quantum computing, and several other important areas. It is increasingly competing with the US in spaces that the US is used to dominating, such as cloud computing and industrial automation.