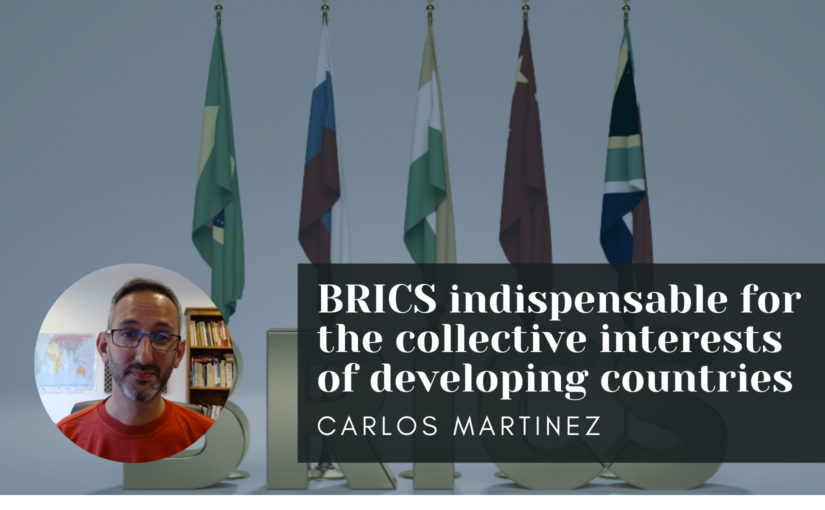 The following article by Carlos Martinez is a slightly expanded version of a piece written for Global Times and published on 20 June 2022.

The 14th BRICS Summit, to be held virtually on 24 June, comes at a crucial moment, as the US is escalating and expanding its New Cold War. While waging a proxy war in Ukraine with a view to inflicting a heavy blow against Russia, the US and its allies are also stepping up their anti-China rhetoric, recklessly undermining the One China principle, sending warships and spy planes to Chinese waters and airspace, and reviving their despicable slanders about the human rights situation in Xinjiang.

The Ukraine crisis has exposed important fault-lines in the so-called rules-based international order. The US has been able to persuade its European and Anglo-Saxon allies to impose unprecedented sanctions on Russia – at significant cost to ordinary people in those countries, who now face a cost of living crisis that threatens to drive millions into poverty. These sanctions, and the provision of heavy weaponry to Kyiv, are aimed not at resolving the conflict but prolonging it.

However, most countries of the developing world have rejected the West’s strategy of division and escalation. China’s principled opposition to unilateral sanctions and its emphasis on a negotiated solution to the crisis are well known. India, which the US has long sought to cultivate as a stable ally and stalking horse against China, has also been firm in its opposition to sanctions against Russia. South African president Cyril Ramaphosa incurred the wrath of the Western media when he stated the blunt truth that the Ukraine war was primarily a result of NATO expansion. Even Brazil, while tending under its current government to side with the US, is taking a position of neutrality in relation to Ukraine.

END_OF_DOCUMENT_TOKEN_TO_BE_REPLACED 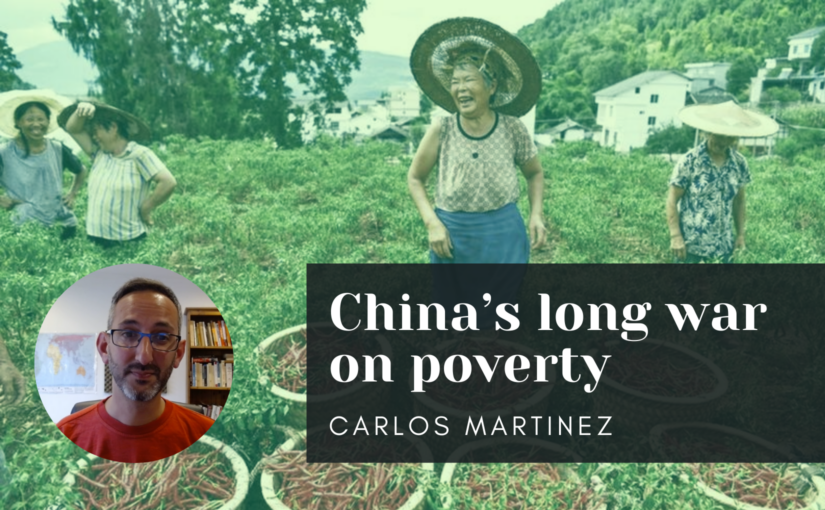 In late 2020, the Chinese government announced that its goal of eliminating extreme poverty by 2021 (the centenary of the founding of the Communist Party of China) had been met. At the start of the targeted poverty alleviation program in 2014, just under 100 million people were identified as living below the poverty line; seven years later, the number was zero.

To eradicate extreme poverty in a developing country of 1.4 billion people – which at the time of the founding of the People’s Republic of China in 1949 was one of the poorest countries in the world, characterised by widespread malnutrition, illiteracy, foreign domination and technological backwardness – is without doubt “the greatest anti-poverty achievement in history”, in the words of UN Secretary General Antonio Guterres.1

What does it mean to not suffer extreme poverty in China? The most easily measurable aspect is having a daily income higher than the World Bank-defined international poverty line of 1.90 USD per day. But according to the Chinese government’s definition, a person can be considered to have left extreme poverty only if the “two assurances and three guarantees” have been met.2 The two assurances are for adequate food and clothing; the three guarantees are for access to medical services, safe housing with drinking water and electricity, and at least nine years of free education. Meanwhile, the land ownership system in China means that the rural poor have rent-free access to land and housing – putting them in a very different category to the rural poor elsewhere in the world.