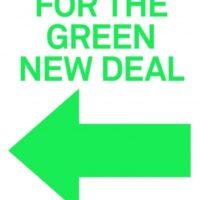 A version of this article first appeared in the Morning Star on 21 August 2019.

Climate change is the most important political issue of our generation. According to the UN’s Intergovernmental Panel on Climate Change, humanity needs to halve its greenhouse gas emissions by 2030 and hit next zero by 2050. The cost of failure is climate breakdown: vast areas of the planet rendered uninhabitable; hundreds of coastal cities (including New York, Shanghai, Hong Kong, Mumbai and Lagos) permanently submerged; food and water scarcity; vicious climate wars; hundreds of millions of climate refugees.

How to tackle climate change effectively? The answer depends on where you are in the world. The principle of Common But Differentiated Responsibilities, established at the 1992 Earth Summit in Rio, states that different countries, at different levels of development, have different roles to play in preventing climate breakdown.

The poorest countries cannot and should not focus on reducing their CO2 emissions, which are already extremely low. Rather than using too much energy, they use too little – three-quarters of the population of Sub-Saharan Africa lacks access to electricity. The great global injustice of climate change is that the peoples who have contributed least to the problem are the most vulnerable to its effects. For low-income countries, development has to be the priority, and this relies on energy. If that energy is to be green, then OECD countries should take responsibility, providing technology and financial support.

Through its vast investment in renewable energy and electric vehicles, and its commitment to energy efficiency and reduced pollution, China is establishing a promising model of clean energy transition for middle-income countries. As things stand, China’s leadership provides the strongest glimmer of hope for preventing environmental catastrophe. However, the world desperately needs the wealthy countries to get on board.

Most environmental experts agree that the OECD countries need to cut emissions by 80 percent over the next decade. We are nowhere near on track to meet that target. The domination of neoliberal economics over the last few decades has reduced governments’ ability to set economic policy in the national interest. Fiscal revenue isn’t sufficient to finance large-scale green development, and shareholder-driven capitalism is incapable of long-term strategic planning on the level that’s needed. Furthermore, the super-rich financial gurus that run our economies aren’t particularly worried about climate breakdown, because if worst comes to worst, they have the resources to save themselves.

The Green New Deal (GND), conceived a decade ago by British economists and environmentalists but recently popularised by progressive US congresswoman Alexandria Ocasio-Cortez, provides the first viable, comprehensive and actionable plan for developed countries to decarbonise their economies. At the same time, it proposes the creation of millions of jobs, and highlights a path of ‘green development’ that emphasises equality and social justice. Measures include investment in renewable energy and zero-carbon public transport; upgrading buildings for energy efficiency; building ‘smart’ distributed power grids to provide affordable clean electricity to all; reorganising the food system; ending subsidies to the fossil fuel industry; and prioritising basic needs.

Ann Pettifor’s ’The Case for the Green New Deal’ succinctly explains what the GND is, where the idea came from, why it’s necessary, and how to make it happen. As an economist and an expert in monetary theory, Pettifor is uniquely well placed to describe how the GND can be funded, and the details of this constitute the major theme of the book.

The good news is that, with a tightly regulated financial system based on publicly-controlled and accountable central banks, it’s eminently possible to fund a Green New Deal that can ensure that the developed countries rapidly decarbonise their economies, eliminate waste, transfer green technology to the rest of the world, and build a fairer, more equal society in the process.

The bad news is that a “tightly regulated financial system” isn’t what we have. Pettifor argues that a major overhaul of the financial system is a prerequisite for a programme as ambitious as the GND. It’s imperative to regain public control over the monetary system. Offshore capital must be brought back onshore. Capital flows must be regulated and taxed. Accountable central banks must seize back control from the hedge funds and speculators. This isn’t impossible – Pettifor points out that China deploys capital and exchange control measures very effectively – but achieving it will require broad mobilisation and progressive political representation.

The GND represents a set of economic and political reforms that, in combination, form a platform capable of uniting hundreds of millions. As such, it should be a key plank for left parties in Europe, North America and Australia. If a Corbyn-led Labour government can implement its version of the GND (labelled the Green Industrial Revolution), this will be a huge boost for the global battle to save the planet.