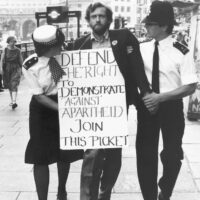 This article first appeared on Telesur.

The limitations of progressive governments within a capitalist system are reasonably well known. While an economic system based on private property of the means of production remains in place, any national government has to protect that private property – and the exploitation of labour that goes with it. However, politics is not simple, and within the broad framework of parliamentary democracy there can be considerable variation in policy based on the composition of a specific government.

To give an extreme example, Rafael Caldera and Hugo Chávez occupied the same official political space – the Venezuelan presidency – but while the former led a government that pursued a neoliberal, pro-US agenda, the latter led a government that broke comprehensively with neoliberalism, empowered workers, peasants, indigenous people, Afro-Venezuelans, women and youth, and established Venezuela firmly within a global anti-imperialist network.

In a normally-functioning capitalist democracy (as opposed to the outright dictatorship of capital – fascism), governments have to make policy decisions on the basis of pressure from a wide range of interest groups. The economist Ha-joon Chang writes: “Politicians and bureaucrats are lobbied by all sorts of groups to adopt particular policies. There are single-cause campaign groups, focusing on particular issues, such as the environment. Trade unions also have direct influences on politicians in some countries. But corporations exert the greatest influences. In some countries, such as the US, with weak restrictions on corporate lobbying, corporate influences are enormous.” (Economics: The User’s Guide)

So while corporations will generally have the strongest hand (which they can enforce via media monopolisation, economic blackmail, extensive connections, and the power of centuries-old tradition), other voices also have some impact. Hence it is possible to win reforms that directly favour working class and oppressed people – for example free education, free healthcare, pensions, libraries, unemployment benefits, working time regulations, trade union representation, parks, museums, etc – even if these are not favoured by the rich and powerful.

What interest groups will have influence over a particular government? That partly depends on the ideology of the people in the government, and their support base.

In the British general election, Theresa May is unquestionably the establishment candidate; she is a neoliberal free-marketeer, social conservative and foreign policy hawk. The ultra-rich, the army, the bankers and the media moguls all want her to win, and are willing to do whatever it takes to ensure that she remains resident at number 10 Downing Street. If she wins, she will owe her position entirely to these interest groups and will act accordingly. Domestically this means more deregulation, more privatisation, more attacks on trade unions, more austerity, less investment, and a privileging of border controls over any other issue (even if reducing immigration is economic suicide). In terms of foreign policy it means being a cheerleader for Trump’s militarism. For example, in response to the illegal US missile strikes against Syria on 6 April, Downing Street issued a statement saying that “the UK government fully supports the US action, which we believe was an appropriate response to the barbaric chemical weapons attack launched by the Syrian regime.”

The Conservative support base – landowners, bankers and empire nostalgists – detest Jeremy Corbyn and the politics he represents. They are joined in their hatred by a large number of Blairite Labour MPs, plus of course the mainstream media. Indeed, opposition to the left wing of the Labour Party is one of the very few issues on which the British ruling class is completely united. On foreign policy, Foreign Secretary Boris Johnson says Corbyn is dangerous; Disgraced Blairite MP Simon Danczuk agrees; Defence Secretary Michael Fallon says he is gutless; the Daily Mail says he is one of Putin’s useful idiots; and the Sun worries that denuclearisation would leave Britain defenceless.

The left Labour support base is very different to the Conservative support base. It consists of the trade unions, the anti-war movement, the anti-racist movement, and the millions of people across Britain that want to see an end to austerity, neoliberalism, war, unemployment and homelessness; people who want social justice and a fairer society. These are the people and organisations that are working for a Labour victory in the coming general election, and they will unquestionably be well represented when it comes to informing the policy decisions of a Corbyn-led government.

This is significant for the whole world, not just Britain. As the first president of post-liberation Mozambique, Samora Machel, put it: “Progress by the representative movements of the European labouring masses, development in the trends that strive for unity of the progressive forces within capitalist society, are tending to weaken imperialism and so contribute to our common success.”

A Corbyn-led government would be much less likely to take aggressive action against Syria, Korea or Iran; it is much more likely to engage positively with Russia and China; to be a friend to progressive Latin America; to adopt an ethical approach in its relationship with Africa; to work meaningfully towards lasting peace in the Middle East. In short, the British general election has far-reaching consequences, and a Corbyn victory would be a victory for global peace and sanity.