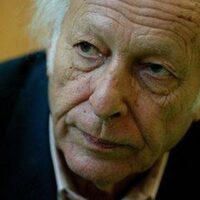 This article first appeared in issue 5 of Transform: A Journal of the Radical Left, November 2018.

On 12 August 2018, the global revolutionary movement lost one of its most outstanding thinkers. Born in Cairo in 1931, Samir Amin studied in Paris and received his early political education as a member of the French Communist Party. Moving back to Egypt in 1957, he worked as an economic advisor to the Nasser government before moving to Mali (1960) and then Senegal (1963). In 1975, he co-founded the Third World Forum, a network of intellectuals in Africa, Asia and Latin America, working to formulate models of development outside the context of imperialism.

Through his work and his writing, Samir Amin exercised significant influence on progressive governments and movements around the world, from China to Cuba, Venezuela to South Africa. The breadth of his influence is easily evidenced by the tributes that followed the announcement of his death, including from South Africa’s ANC, Venezuelan President Nicolás Maduro,1 and Bolivian President Evo Morales, who wrote that “the legacy of his ideals of social justice will be eternally acknowledged.”2

Amin coined the term Eurocentrism in the mid-1970s to describe the ideology promoted by modern capitalism: a model that places Europe at the heart of global history and that considers (explicitly or implicitly) all human development to be of European origin, starting with the Greeks and Romans. Amin demonstrated, with great clarity and lucidity, how this ideology is leveraged to reinforce an actually existing global capitalism that consolidates wealth and power in Europe (and its Anglophone off-shoots) whilst perpetuating poverty and subjugation in Africa, Asia and Latin America.

Amin ruthlessly deconstructs the Eurocentric view of history, pointing out for example that Ancient Greece wasn’t in the slightest bit ‘European’ in its outlook; it was engaged in intense exchange of ideas and goods with Egypt, Mesopotamia and Persia (and to some extent China and India), at a time when Western Europe was “a backward and barbarous periphery”. It was only via the Crusades (in the 12th and 13th centuries AD) that the Italian towns were able to start asserting themselves as a global force, having won a monopoly on navigation in the Mediterranean.

Europe did not participate in the general development of the pre-modern system until very late, after the year 1000… At the dawn of the Christian era the population of Europe, including Italy, was about 20 million (8 per cent of the world population, less than 30 per cent of that of China, 50 per cent of that of the Middle East)… Until the year 1000 the productivity of European agriculture was greatly inferior to that of the civilised regions of China, India and the Middle East, and the continent still had no towns.3

By exposing the clear logical flaws of Eurocentric universalism, Amin was able to show that the dominance of modern global capitalism, far from being a permanent and pre-ordained set of affairs (or ‘end of history’), is the prodeuct of the very specific circumstances arising from Western Europe’s two major take-offs – at the end of the 15th century (the colonisation of the Americas) and the 19th century (the industrial revolution and the colonisation of much of the rest of the world). Once this ideology is challenged, it becomes far easier to visualise alternative political and economic systems to the Eurocentric nirvana of monopoly capitalism.

Samir Amin made an in-depth analysis of modern wild-west capitalism – widely referred to these days as neoliberalism, but labelled more specifically by Amin as a “system of generalised monopolies based on an extreme centralisation of control over capital, accompanied by a generalisation of wage-labour”.4 This is different from the monopoly capitalism of a hundred years ago, in that “monopolies are now no longer islands in a sea of other still relatively autonomous companies, but are constitutive of an integrated system.” Even small and medium companies “are locked in a network of control put in place by the monopolies. Their degree of autonomy has shrunk to the point that they are nothing more than subcontractors of the monopolies.”5 Such a system is held in place throughout the globe via the monopolisation of technology, natural resources, finance, the media, and military capacity.

Although the capitalist class considers itself to be very modern and scientific, it has merely replaced a heavenly god with a metallic one. “‘Moneytheism’ has replaced monotheism. The ‘market’ rules like the ancient God.”6 This chimes with Marx’s biting observations about the ‘fetishisation’ of commodities under capitalism.

In the world of politics, this system of generalised monopolies is manifested as a “low-intensity democracy” in which people are encouraged to be passive, “devoid of authentic freedom, reduced to the status of passive consumers/spectators”. In essence Amin describes a plutocracy, with the nuance that “you are free to vote for whomever you want, because your choice has no importance”.7 This broadly correct assessment of course has its exceptions and caveats, and Amin was enthusiastic about the possibilities of Podemos and Syriza in terms of challenging the status quo in Europe.8

The long transition to socialism

In the same way that capitalism first developed within feudalism before breaking out of it, the long transition of world capitalism to world socialism is defined by the internal conflict of all the societies in the system between the trends and forces of the reproduction of capitalist relations and the (anti-systemic) trends and forces, whose logic has other aspirations – those, precisely, that can be defined as socialism.9

Although his analysis of capitalism makes for bleak reading, Samir Amin nonetheless remained a revolutionary optimist, a firm believer in a socialist future that will emerge – indeed is emerging – through the irreconcilable contradictions of capitalism. He vigorously rejected the idea that socialism has failed and that capitalist ‘liberal democracy’ has been permanently established as the pinnacle of social and economic organisation. As Vijay Prashad notes, “he was not interested in defeat”.10

In this framework, the retreats suffered by the socialist world – particularly the collapse of the European socialist states between 1989 and 1991 – should not be considered as the death of the socialist project, but rather as part of the inevitable ebb and flow of a complex historical trajectory that could take hundreds of years but which nonetheless has an inexorable tide. A similar idea was formulated by the Communist Party of China in response to the collapse of the USSR and the European people’s democracies. Deng Xiaoping famously observed in 1992: “Feudal society replaced slave society, capitalism supplanted feudalism, and, after a long time, socialism will necessarily supersede capitalism. This is an irreversible general trend of historical development, but the road has many twists and turns. Over the several centuries that it took for capitalism to replace feudalism, how many times were monarchies restored! Some countries have suffered major setbacks, and socialism appears to have been weakened. But the people have been tempered by the setbacks and have drawn lessons from them, and that will make socialism develop in a healthier direction. So don’t panic, don’t think that Marxism has disappeared, that it’s not useful any more and that it has been defeated. Nothing of the sort!”11

On the controversial subject of China and its role in the global transition to socialism, Amin displayed a clarity of understanding that is all too rare. In his recent writings, he spoke of China as “perhaps the only country in the world today which has a sovereign project.” That is: China is successfully pursuing its own development model, designed by its own government and not the institutions of international finance capital. “China is walking on two legs: following traditions and participating in globalisation. They accept foreign investments, but keep independence of their financial system. The Chinese bank system is exclusively state-controlled… That is the best model that we have today to respond to the challenge of globalist imperialism.”12 The results of China’s strategy have been “simply amazing. In a few decades, China has built a productive, industrial urbanisation that brings together 600 million human beings, two-thirds of whom were urbanised over the last two decades (almost equal to Europe’s population!). This is due to the plan and not to the market.”13

The indispensable nature of multipolarity

Samir Amin considered that, given the economic, political and ideological stranglehold imposed by western finance capitalism, the first step towards a globalised socialism was to encourage the development of a multipolar world: a world with multiple power bases; a set of geopolitical spaces in which political and economic control is exercised by the people of those spaces rather than by the European and North American elite; a world which will bring about “the defeat of Washington’s hegemonic project for military control of the planet”.14 Such an environment “makes possible the maximum development of anti-systemic forces.”15 Multipolarity is an increasingly popular concept, but Amin was a very early proponent, having first discussed it in his 1985 book Delinking: Towards a Polycentric World.

Amin witnessed and welcomed the left tide in Latin America, the rising cooperation between China and Russia, the establishment of BRICS, ALBA and other major projects of regional or south-south cooperation that are slowly breaking down hegemonism. However, he also recognised the possibility of a violent, unpredictable and irrational reaction to all this – such as the Make America Great Again lunacy of the current US administration. “The world now is in serious danger. The collective imperialism of the US, Western Europe and Japan are run by US leadership. In order to keep their exclusive control over the whole planet, they do not accept independence of other countries. They do not respect the independence of China and Russia. That is why we are about to face continuous wars all over the world. The radical Islamists are the allies of imperialism, because they are supported by the US in order to carry out destabilisation. This is permanent war.”

He went on to propose a clear strategic response: “Russia should unite with China, the Central Asian countries, Iran and Syria. This alliance could be also very attractive for Africa and good parts of Latin America. In such a case, imperialism would be isolated.”16

Samir Amin was a brilliant and creative Marxist, an uncompromising anti-imperialist, a powerful voice for the oppressed, and a visionary of a socialist world. His work mapping the past, present and future of humanity is a weighty inheritance that the global progressive forces must now take forward.