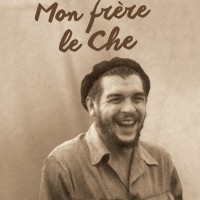 This is a slightly expanded version of an article that appeared in the Morning Star on 15 May 2017.

Given the number of biographies of Ernesto ‘Che’ Guevara that have been published in the 50 years since his assassination, many authors would probably struggle to find anything original to write about. Che’s youngest brother Juan Martín Guevara, however, is able to offer an unparalleled insight into the family life, background, influences and early experiences that helped to form the legendary revolutionary.

Such is the stated purpose of the book: to take Che down from the cross; ”to get people to know Che as more than a myth”; to understand how Che was made, in order that more people like Che might emerge to wage the struggle – not necessarily guerrilla warfare, but broad political struggle for the values Che fought for. The world desperately needs people with the intellect, passion, commitment and heroism of Che, and Juan Martín Guevara’s book seeks to inspire the emergence of such people. ”It is important to understand that Ernesto began as a normal and even ordinary person, who became an exceptional person that others can and should emulate.”

The Guevara family were not salt-of-the-earth workers or humble indigenous peasants; they were highly-educated middle-class bohemians. How did such a family produce a fierce proletarian revolutionary such as Che? Juan Martín explains that there was always a strong sense of social justice in the family, combined with a profound commitment to study and to freedom of thought. ”At home, everyone was free to think more or less what he or she wanted, provided of course we didn’t support fascist ideas. Our home was a meeting place for many politically active characters. This hyper-politicised family atmosphere would shape Che.”

Even in childhood, Che had a strong character: purposeful, self-disciplined, resourceful, principled and adventurous. In addition, he was a voracious reader (”Ernesto consumed on average a book a day, taking advantage of every free moment to delve into some volume or other”). He distinguished himself from other middle-class young people in that he was willing and able to get to know the poor, and was therefore exposed to the appalling poverty, inequality, oppression and injustice that exist in class society. His intellect, his character and his experiences – along with the luck of meeting Fidel Castro and his comrades in Mexico – combined to turn the young Ernesto Guevara into the immortal Che.

Juan Martín’s writing is lively and endearing as he presents the story of his famous brother’s early years, along with his own story of struggle against the Argentinian dictatorship (for which he suffered eight years in prison, in appalling conditions). It is by no means the definitive biography, but it is valuable as a means of better understanding Che and the Guevara family.

Of course Juan Martín, as a political disciple of Che, has his own interpretation of Guevarismo, which he emphasises is very different to socialism as practised in the Soviet Union. He even goes so far as to state that he suspects the KGB of having collaborated with the CIA to eliminate Che in Bolivia – although needless to say no proof is offered. This is not a helpful addition to the book. Che certainly had his critique of Soviet socialism, but he was alive to the subtlety and complexity of politics, could see the contradictions and problems faced by the Soviet Union, and had the self-discipline not to go too far in his open criticism. After all, Soviet support was decisive in the survival of socialist Cuba – as has been recognised many times by Fidel and Raúl Castro.

Small flaws aside, this is an insightful and valuable book.