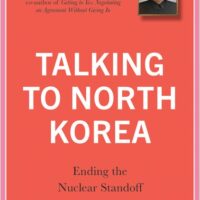 This article first appeared in the Morning Star on 28 November 2018.

Ford is a former Labour MEP and expert in international relations. He has visited Pyongyang over a hundred times, toured the entire country, and met with government officials at the highest level. He is therefore uniquely well placed to explain and contextualise North Korean politics, and to give pragmatic and thoughtful suggestions as to how to move the peace process forward.

The book does an excellent job of presenting Korean history and politics to a western audience that has become used to thinking of North Korea as dangerous, unpredictable and unhinged. Describing the decades of vicious Japanese colonial rule in the first half of the twentieth century, closely followed by a genocidal war waged by the US, Ford explains how these experiences created a profound sense of insecurity and distrust among the Korean people, particularly north of the 38th parallel, where the Democratic People’s Republic of Korea (DPRK) has been treated by the imperialist powers as an enemy state ever since its formation in 1948.

To this day, too few people are aware of the extremity of the violence enacted against the Korean people during the war of 1950-53. Ford gives a brief – but chilling – overview: “The US carpet-bombed and more or less levelled the North… More bombs were dropped on the North than on Germany in World War II… Many of the bombs contained napalm, used here as a weapon of mass destruction for the first time: the liquid petroleum jelly stuck like glue and burnt its victims alive. Oceans of petrol were poured over the civilian population, incinerating them in the tens of thousands.”

Also little known is that, in the decades following the end of the Korean War, the DPRK achieved remarkable economic successes. “Annual economic growth rates of 20 per cent or more throughout the 1950s and early 1960s made the North one of the fastest-growing economies in the world.” While the key economic and social questions remained unsolved in the South, the DPRK was able to expropriate Japanese colonial properties, enact a far-reaching land reform, introduce universal free education, achieve 100% literacy and bring in a comprehensive welfare system providing housing, health care, education, employment, maternity benefits, and pensions. For a people that had suffered the depths of poverty, and who had been denied educational opportunities, these were unprecedented advances.

The author takes a refreshingly balanced look at the DPRK’s nuclear weapons programme, which he describes as “an entirely rational response to the situation in which it finds itself.” That situation is characterised by the ever-present threat of US-imposed ‘fire and fury’, along with ongoing economic problems. Ford points out that, as long as North Korea feels vulnerable to a US-led regime change operation, it can’t be expected to de-prioritise its military deterrent; however, maintaining a massive standing army with conventional weapons was draining its economy, already suffering in the aftermath of the Soviet collapse, ageing infrastructure and ever-tightening sanctions. “Once it has its own nuclear deterrent, … resources and labour can then be shifted out of the military and into the civilian economy. Weapons of mass destruction are a necessary, if not sufficient, condition for kick-starting the North’s economy.”

Ford puts forward a realistic and sensible proposal for breaking the diplomatic deadlock over the DPRK’s nuclear weapons programme, based on engagement, respect and dialogue. Specifically he makes it clear that the DPRK will not give up its nuclear programme without cast-iron guarantees over its security and the normalisation of relations between it and the US. These conditions should be met, along with the lifting of sanctions and a commitment to helping resolve North Korea’s energy needs (perhaps via the light-water reactors that were meant to be supplied under the US-DPRK Agreed Framework of 1994). If the blanket of hostility were to be lifted, the DPRK’s leadership would certainly respond in kind with a transparent process of denuclearisation. 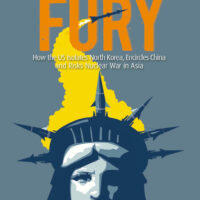 A slightly modified version of this article first appeared in the Morning Star on 15 February 2018.

This short book by British academic TJ Coles will perhaps not receive as much attention as another recently-released text that shares its name. It is, nonetheless, an important and insightful book, providing an alternative viewpoint on the escalating crisis over Korea, and promoting an urgent message of peace.

The primary aim of the book is to dismantle the idea that the Democratic People’s Republic of Korea (DPRK) is a serious danger to regional and global stability; that it’s an aggressive nuclear state that deserves to be “met with fire and fury like the world has never seen”, such has been threatened by the president of the United States.

The ball is in the US’ court in terms of promoting denuclearisation and de-escalation, as the DPRK has stated many times that it would be willing to end its nuclear programme in exchange for diplomatic recognition by the US, an end to sanctions, and a guarantee against regime change operations. In a world where Iraq, Libya or Yugoslavia can be “taken out” by NATO, such demands are not unreasonable. Coles catalogues the numerous attempts made by the North Korean government to conduct substantive negotiations with the US and South Korea, only to have its efforts frustrated by successive White House regimes.

Coles makes it clear that it is the US, not the DPRK, that is the serious threat to peace. He notes: “Western media very conveniently hide the fact that, 1) the US refuses to adopt a no-first-use policy when it comes to nuclear weapons and, 2) China, Russia and North Korea each have a general no-first-use policy.”

The DPRK has invaded and bombed not a single country, unlike the US, which has invaded and bombed dozens of countries. On top of that, the US maintains a permanent threat of nuclear annihilation, for example using B52 nuclear-enabled bombers in joint military exercises with South Korea. Its deployment of the Terminal High Altitude Area Defence (THAAD) ‘missile defence’ system is highly dangerous and provocative, and is aimed not only (or indeed primarily) at preventing North Korean aggression but at containing and threatening China. The THAAD system, much like Reagan’s ’Star Wars’, seeks to render other countries’ nuclear weapons redundant, thereby expanding possibilities for the US to engage in nuclear blackmail.

The take-home message is that we must demand an end to US warmongering and bullying; expose the attempts to paint the DPRK as a threat to regional stability; and support multilateral negotiations towards a lasting peace.

The book isn’t without its flaws. Without any real analysis of the subject, Coles writes off the DPRK’s political system as ‘despicable’. The DPRK’s form of socialism is certainly quirky, and its leadership makes mistakes, but it’s important for the western left not to universalise its own idiosyncratic culture and take an arrogant attitude towards those that don’t follow it. The DPRK’s vision of socialism incorporates elements of Korean nationalism and Neo-Confucianism that, while not Marxist, bridge the gap between strongly entrenched traditions and modern socialist ideas. Much the same could be said about Latin American liberation theology and its combination of socialist ideology with Christian teaching. When assessing a political culture, we should be careful to avoid subtly bolstering imperialist cultural hegemony.

Another criticism is that the book is not terribly well organised, moving unpredictably from well-sourced and properly-referenced sections to bold, unsubstantiated statements.

Defects aside, ‘Fire and Fury’ is an important book that deserves to be read by all those that wish to see peace in the Korean Peninsula. Good books to read alongside it include Selig Harrison’s ‘Korean Endgame: A Strategy for Reunification and US Disengagement’ and Tim Beal’s ‘North Korea: The Struggle Against American Power’.