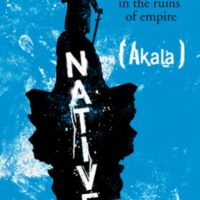 This article first appeared in the Morning Star on 24 May 2018.

Kingslee Daley — more often known as Akala — is earning a reputation as one of Britain’s most important voices.

On top of touring the world, releasing hip-hop albums, making documentaries for the BBC, campaigning on a range of issues, appearing on Question Time and running the Hip-hop Shakespeare Company, he has just published his first book.

Natives: Race and Class in the Ruins of Empire is at once a memoir, a detailed sociological investigation of racism and a whistle-stop tour of global politics from London to Beijing, with stops at Johannesburg, Kingston, Havana, Glasgow, New York, Hanoi, Bahia and Harare on the way.

We get an engaging and nuanced analysis of several themes, including the state of British culture, the historical function of racial superiority theories, the legacy of colonialism, the pernicious racism that can be found throughout our media and education system and the complex interplay between race and class.

The format is unusual — chapters tend to start with an episode from the author’s life and then go on to explore the sociological, cultural, political and economic relevance of that episode, making reference to a wide range of material, from academic papers to popular music. While this takes some getting used to, it helps to make the book accessible, as intellectual rigour is combined with human interest.

The overall ideological framework of the book is a pragmatic, socialist-oriented Pan-Africanism that seeks the liberation of all humanity from oppression and exploitation. At the same time, it highlights the shared problems faced by African communities worldwide in a global system of imperialism that is so inextricably linked with its origins in “the turning of Africa into a warren for the commercial hunting of black skins,” as Marx so memorably put it.

Akala demonstrates an impressive level of intellectual courage and doesn’t shy away from challenging deeply entrenched narratives, including the mainstream media’s coverage of China, Zimbabwe and Russia.

One important idea that emerges from Natives is that, in spite of Britain’s record of violence, slavery, genocide and colonialism, there is nonetheless a longstanding progressive trend that is “rooted in ideas of freedom, equality and democracy” and the author points out that while Britain was a leading proponent of war in Iraq, it was also the location of the world’s largest demonstration against that conflict. He also references the Chartists, the Tolpuddle Martyrs and the Suffragettes, along with the more recent examples of oppressed communities standing up for justice.

This broad progressive tradition is something that needs to be reclaimed and built upon. It provides a foundation on which we can build a redefined British culture, one that fights against injustice, that does away with racism, xenophobia and empire nostalgia, that celebrates diversity and that spurns “whiteness” — a solidarity of rich and poor based on the deception of race — in favour of the unity of the oppressed.

The historical moment we are living through demands nothing less. With the world moving in a multipolar direction, and with the rise of China in particular rendering theories of racial supremacy ever more absurd, the West is faced with a critical challenge. Will we cling on to our outmoded and anachronistic colonial-era ideology, fuelling ever-greater conflict and the threat of a re-emergent fascism and white nationalism, or will we embrace the future and seek to participate in the world as equal players on the basis of mutual respect and solidarity?

This question is being played out in an increasingly divergent political scene across Europe and the US. In Britain, while we’re witnessing the emergence of the Labour left, which is starting to establish a hegemonic position for anti-austerity, anti-war and anti-racist ideas, we’re also seeing a Tory government that has moved so far to the right that Ukip has basically lost its raison d’etre.

Natives constitutes a vital contribution to our understanding of modern society and poses a challenge for us all to participate in interpreting the past and moulding the future.

It deserves to be very widely read.