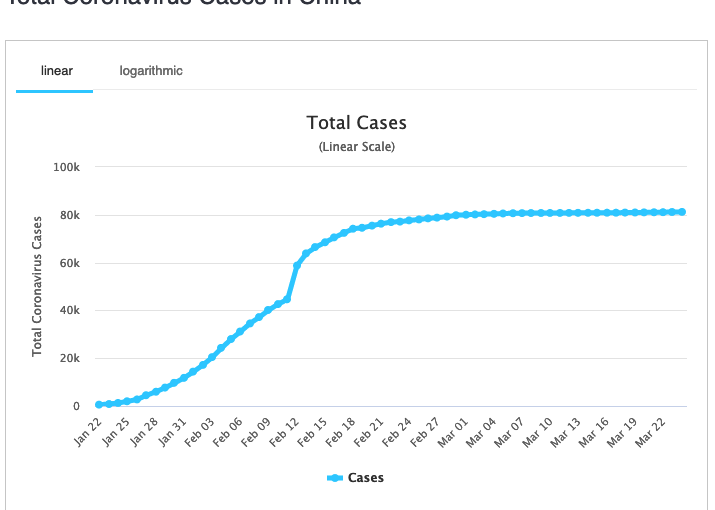 The initial outbreak of coronavirus disease 2019 (COVID-19) took place in the Chinese city of Wuhan, the capital of Hubei province, in early January 2020. The epidemic was limited almost entirely to China until a month later, when it flared up in Iran, South Korea, Japan and Italy. By 11 March, it was clear that sustained community-level transmission of the virus was occurring in multiple regions of the world, and the World Health Organisation (WHO) declared it a pandemic. With the virus spreading throughout Europe and North America, there is now a serious possibility that COVID-19 will infect a large proportion of the global population and cause the early death of millions of people. It is a global health emergency of almost unprecedented proportions.

In the absence of a vaccine or cure, the only way to defeat a viral epidemic is to drastically reduce contagion, and this is achieved through rigorous testing, contact tracing, isolation of patients, and social distancing for the wider population.

Once it understood the nature and scope of the crisis, the Chinese government took swift, uncompromising action. A total lockdown was imposed in Hubei, the epicentre of the outbreak, on 23 January, at which point there were around 800 confirmed cases. Tens of millions of people were required to stay indoors. Schools and workplaces were closed, and sporting and cultural events were cancelled. In the words of Bruce Aylward, epidemiologist and senior advisor to the Director General of WHO, “old-fashioned public health tools” were deployed “with a rigour and innovation of approach on a scale that we’ve never seen in history.”

The report of the WHO-China Joint Mission, conducted in late February, concluded that “in the face of a previously unknown virus, China has rolled out perhaps the most ambitious, agile and aggressive disease containment effort in history.” The report noted that up-to-date public health information was regularly and widely distributed through multiple channels; there was a coordinated nationwide effort to get sufficient medical supplies to Hubei; and local authorities worked to ensure a stable supply of basic goods and to prevent speculation and hoarding.

The government announced immediately that testing and treatment – including expensive and sophisticated techniques such as extracorporeal membrane oxygenation – would be free to all, and it immediately introduced various measures to mitigate the effect on people’s daily lives (for example pausing mortgage and credit card payments, and providing subsidies to ensure continued payment of wages). Food shopping moved completely online, and provincial authorities and Communist Party of China (CPC) local branches coordinated to ensure every home received food packages and that people on medication received their prescriptions.

More than 30,000 doctors and nurses were sent to Wuhan from across China. Forty-five hospitals were designated as COVID-19 treatment centres, 12 temporary hospitals were converted from exhibition centres and similar buildings, and two brand new hospitals (with a capacity of 1,000 and 1,300 beds) were constructed from the ground up in a matter of days. The health system prioritised keeping people alive, scaling up the production of ventilators and adding capacity across the range of treatment and detection options. Dr Aylward remarked: “the Chinese are really good at keeping people alive with this disease.”

Public health officials attempted to trace every single confirmed case, and then tested everyone that had come into contact with the infected person, in line with the WHO’s clear message to “test, test, test”.

China’s containment effort has been facilitated by the extensive use of advanced technology. Temperature checking stations have been set up throughout the country, and people have been asked to install a smartphone app that provides information, allows users to check and report symptoms, and enables the health authorities to monitor the spread of the disease.

Robots have been put to use delivering meals to people under quarantine. Huawei and China Telecom worked together to set up a 5G-enabled remote video diagnostic centre, enabling medical staff to conduct remote online consultations.

In a clear sign of its commitment to international cooperation to contain the virus, the Chinese Centre for Disease Control sequenced the entire COVID-19 genome and published it within a few days of the virus being identified. By comparison, it took two months for the genome to be sequenced during the 2014 Ebola outbreak.

China’s “incredibly difficult measures” were recognised by the WHO as having probably prevented hundreds of thousands of cases. The crisis reached its peak in early February, when new confirmed cases were increasing at a rate of around 3,000 per day. The curve started to flatten in mid-February, and was almost completely flat by the beginning of March: in the first three weeks of March, case numbers increased from 80,026 to 81,008, and at the time of writing (in late March), almost all new cases in China are imported rather than domestically transmitted.

Containment measures successfully prevented any really serious outbreak in China outside Hubei. The worst affected province after Hubei has been Guangdong, a vast province of 113 million people in Southern China, where by late March there had been around 1,400 confirmed cases and just eight deaths. At the time of writing, two of the provinces neighbouring Hubei, Hunan and Anhui, have zero active confirmed cases.

With the outbreak clearly under control in China, lockdown measures are being eased and people are starting to return to normal life, while remaining vigilant to the possibility of a resurgence of the virus. China’s extraordinary response to COVID-19, although it came at significant economic and human cost, has provided an indispensable lesson to the rest of the world in how to tackle this pandemic. An epidemiological analysis in The Lancet stated: “What has happened in China shows that quarantine, social distancing, and isolation of infected populations can contain the epidemic. This impact of the COVID-19 response in China is encouraging for the many countries where COVID-19 is beginning to spread.”