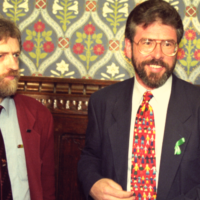 Theresa May must have thought that calling a snap general election was a political masterstroke. A landslide victory promised to give her government some legitimacy and shore up support for a hard Brexit that emphasised xenophobia over economic sense. Furthermore, a Tory landslide would make it very difficult for Jeremy Corbyn to continue as leader of the Labour Party, and therefore could well put an end to Corbyn’s project of turning Labour into a vehicle for the interests of ordinary people. Such an outcome could kill meaningful parliamentary opposition for a generation.

Unfortunately for May’s plan, Labour is waging an extremely effective campaign. A newly-invigorated party, with an engaged membership and the most progressive election manifesto Britain has seen in decades (if not ever), is campaigning up and down the country and getting its message out to millions of people.

Unable to answer the Labour resurgence with popular policies (unsurprisingly, the Tory manifesto offers a toxic cocktail of austerity, deregulation, attacks on the working class, and commitment to a foreign policy designed in Washington by Team Trump), the right-wing press has resorted to one of its favourite techniques: trying to smear Corbyn and his colleagues on the basis of being associated with the IRA, Hamas, Cuba, Vladimir Putin, Bashar al-Assad, Hugo Chávez or whatever other bogeyman.

Over the last couple of days, Corbyn’s longstanding support for the aims of Irish republicanism has been the subject of much scrutiny in the Sun, the Daily Mail, the Times and the Telegraph. Jeremy Corbyn and John McDonnell have been labelled as “snivelling IRA fanboys”. The same media outlets have also attempted to turn Diane Abbott’s comment of 30 years ago that “every defeat of the British state is a victory for all of us“ into a major scandal.

This sort of thing is comfortable home ground for the right-wing media. They can’t say much against renationalising the railways, or ending tuition fees, or building hundreds of thousands of homes, or implementing a £10 per hour minimum wage, or increasing funding to the NHS – so instead they repeat the tired narrative of Corbyn and his allies “siding with Britain’s enemies” and being “soft on terrorism”. The Tories meanwhile get to paint themselves as the patriotic party, the party the defends Britain’s foreign policy interests; the party that will Make Britain Great Again, if you will.

Corbyn’s longstanding support for Irish reunification and for the end of British domination over Ireland – along with his stand against imperialist wars, his opposition to NATO, his support for Palestinian self-determination, and his apparent unwillingness to kill millions of people in a nuclear strike – gets to the heart of a major cultural conflict that lies just beneath the surface of Britain’s collective political consciousness.

An awful lot of people continue to suffer under the delusions of a Rule-Britannia ideology that lets people believe in the inherent superiority of their nation, whilst diverting their attention from the fact that the economy is in a mess, communities across the country have been devastated by unemployment, de-industrialisation and inequality, the cost of housing is absurd, and the welfare state is being hollowed out.

This empire nostalgia is a problem of frightening dimensions; one that must be solved if Britain is going to find its place in a modern, multipolar world. Polls show that most British people still have a favourable view of empire. Former Prime Minister David Cameron famously said “we should be proud of our empire rule”. Last year, Secretary of State for International Trade Liam Fox called for an “Empire 2.0”. Therefore it’s not too difficult to weaponise this potent mix of ignorance and reactionary nationalism against Corbyn, McDonnell and Abbott – awful people that want to take away the one thing that makes us feel good about ourselves: our natural superiority over other nations, religions and races.

A national discussion about the legacy of empire is long overdue. Just as we quite rightly expect that Germans today will acknowledge the extent of the crimes committed by the Nazi government in the 1930s and 1940s, we should also expect British people to understand and acknowledge the appalling crimes committed by the Empire. Britain was a major player in the conquest of the Americas and in the transatlantic slave trade, which generated much of the vast wealth that allowed Britain to conquer India and much of Africa. Millions died in India as a result of imperial policy-driven famines. Thousands of Kenyans were rounded up in concentration camps and tortured. Britain fought wars for its right to freely export opium (produced by forced labour in India) on the Chinese people. From South Africa to Kenya to Jamaica to India to Ireland to Iraq to Palestine, opponents of British colonial rule were imprisoned, tortured and killed.

The truth about British rule in Ireland

Among British people there is shocking ignorance in relation to British rule in Ireland. The Empire started in Ireland, with English rule going back to the 12th century. English/British rule in Ireland has been cruel, brutal and exploitative, and Irish people fought courageously against it from the beginning. Perhaps the episode that best encapsulates the nature of Britain’s treatment of Ireland is the Great Famine of the late 1840s, in which at least a million died and millions more were forced to emigrate. This was an artificial famine, in that there wasn’t an absolute shortage of food but rather a failure of the one crop that the local population subsisted on (potatoes constituted around 60% of Irish food consumption). Other crops that didn’t fail continued to be exported for the purpose of generating profits in London. The colonial authorities could have intervened to stop the famine but they chose not to do so, committed as they were to the idea that English money is worth more than Irish life.

It was clear by the early 20th century that British rule in Ireland couldn’t continue indefinitely. In the general election of 1918, Sinn Féin won by a landslide in Ireland. The Irish stepped up their armed struggle for independence, and in 1921 Britain was forced to grant partial independence to the southern 26 counties, which became known as the Irish Free State. However, Britain insisted on maintaining the six counties in the north – where it had established a pro-union majority – as part of the United Kingdom.

In the six counties, London continued to rule with a heavy hand, enforcing a system of privilege for the loyalist community and systematic oppression of the nationalist community. Those in the north that have fought against the injustice of British rule have been met with prison, torture, extra-judicial killings, human rights violations and massacres – most famously Bloody Sunday.

Such is the cold hard truth about the British Empire. It doesn’t sit very well with the British self-image of benevolence, dignity and ‘fair play’, but we must understand it and face up to it. Britain needs to find its place in the world and develop a new sense of identity built on justice, diversity and inclusiveness, along with a foreign policy that abhors war and colonialism and treats other nations as equals and partners. This chimes with the type of modern Britain that millions of decent people want to see.

It’s a big project that will take a long time to complete, but a government led by the likes of Jeremy Corbyn, Diane Abbott and John McDonnell would at least be an important step in the right direction.